This year ASEAN is commemorating its 50th anniversary. The world we are living in   today is very different from the one as recent as a year ago. Gglobalization is at a cross road. Part of what we are now facing  was foreseen to an extent: from the digitization of the economy to the rise of non-traditional security threats.

Following the formal establishment of the ASEAN Community, including the ASEAN Economic Community (AEC) at the end of 2015, ASEAN has embarked on a new phase of regional integration in this fast changing context. The early signs of growth spurts, after long years of slow economic recovery, remain feeble and uncertain. The Association needs to maneuver its way to achieve the ASEAN Community Vision 2025.   This requires our policymakers to be far-sighted, adaptive and resilient.

Looking back to the time when the Bangkok   Declaration was signed for the establishment of ASEAN in 1967, the region has come far.  ASEAN has evolved and expanded from a five-member association to a ten-member community to fulfill its vision of uniting all nations of Southeast Asia under one roof. Overcoming the challenges in the course of its evolution and development over the past 50 years and through a decades-long process of Community building, ASEAN has fundamentally shaped the regional agenda and become one of the most successful regional organizations. With a current combined GDP of approximately US$2.6 trillion, ASEAN collectively is the 6th largest economy in the world. It is also the world’s 4th largest trade power house and a preferred investment destination.  Economic activities yield vast income and generate vast employment. These economic achievements have far reaching implications on the people’s well-being as health and education spending increases with income.  The proportion of people living below the national poverty lines has been halved in the past two decades. ASEAN infant mortality ratio today is only a third of what it was in 1990.The net enrolment rate of primary school age is now at about 96%. Relative peace and security has been maintained. A relatively young demographic with more than half of its population younger than 30 years old will continue to support the region’s positive trajectory .

The challenges ahead of ASEAN in its continued process of Community building and integration, however, are not small. Some of the more developed ASEAN member states will start to face the impacts of aging populations, while some are working to overcome the middle income trap. Others struggle to move from cost-based to value-based competitiveness. Governments in the region are also grappling with rising inequality and adapting to the digitzation of their economies. Non-traditional threats such as uncontrolled migration, radicalism and trans-boundary crimes are also becoming more pronounced. As economies become more interconnected, problems too become increasingly globalized.

For such challenges, effective solutions cannot be formulated in silos, but require coordination, cooperation and a broader outlook. What stands out the most from the current phenomenon is that globalization – long taken as irreversible – is now under threat from their traditional  strongest proponents. For a region so deeply embedded in global value chains, a threat on globalization and free trade cannot be taken lightly. In this connection, at least two lessons can be learned for ASEAN’s regional economic integration agenda:

First, public perception matters. What is happening in the emerging discourse on globalization and free trade was at least partially brought about by public misperception on what is the cause of their domestic situation, from unemployment, underemployment to inequality. This highlights the importance of effective outreach and communication to raise awareness, promote understanding and correct misperceptions about its integration agenda. Regional integration is neither a panacea nor a cause for manifold domestic issues. Basic understanding of what regional integration entails, and what it does not, needs to reach the stakeholders. Continuous efforts must be made to communicate relevant information to all stakeholders.

Second, for regional integration to be sustainable, it needs to be inclusive and to deliver meaningful benefits to the stakeholders. This is only possible through a consultative and participatory process both in the development and the implementation of the agenda. ASEAN has  taken a step forward by strengthening its monitoring and evaluation of the implementation of the ASEAN Community Blueprints, in which it  will be going beyond tracking implementation progress to also look at the outcomes and impacts of implemented measures on the stakeholders. Impact evaluation will be further strengthened with stakeholder feedback mechanisms.

As much as what  has been achieved over 50 years of its regional integration ,  challenges remains for ASEAN along the way: in maintaining ASEAN centrality and preserving the region’s stability in the face of external shocks; in rebalancing global power dynamics; in  translating the commitments into national legal and policy frameworks; in ensuring compliance and enforcement;  in  Community identity-building across diverse nations; and,  in coming up with collaborative solutions to address common problems. The formal establishment of the ASEAN Community at the end of 2015 and the adoption of the ASEAN Community Vision 2025 and its three corresponding Community Blueprints were testament to the region’s continued commitment to its integration agenda. Three perspectives stand out in ASEAN’s economic integration agenda towards AEC 2025, which showcased ASEAN’s readiness in facing the current developments:

-First is a renewed focus on people in line with ASEAN’s broader vision of a rules-based, people-centered, people-oriented ASEAN.

-Third is the recognition of a holistic approach to regional integration by promoting inter-pillar and cross-sectoral coordination.

The fourth characteristic of the AEC Blueprint 2025 on being people-focused refers to a Resilient, Inclusive, People-Oriented, and People-Centred ASEAN and comprises of five cooperation areas namely: strengthening the role of micro, small and medium enterprises;  strengthening the role of the private sector;  public private partnership;  narrowing the development gap;  and, stakeholder contribution to regional integration efforts.

Efforts have been focused not only on deepening existing initiatives but also expanding the agenda on  MSMEs and narrowing development gaps.  Beyond MSME development and capacity building, specific efforts on supporting the internationalization of MSMEs and their participation in global value chains have been made through initiatives on increasing access to finance and improving business registration processes.  Concrete initiatives are now in place in an effort to institutionalize direct private sector engagement in ASEAN’s economic integration agenda.

On being forward-looking, the AEC Blueprint 2025 incorporates new elements that reflect ASEAN awareness and readiness to embrace the rapidly changing global and regional contexts from electronic commerce to sustainable economic development. The introduction of these new elements reflects ASEAN’s vision on the need to develop lasting competitiveness by continuing to innovate, to integrate and grow in a sustainable manner, and to take into consideration and embrace new opportunities presented by global megatrends.

The AEC Blueprint 2025 reflects ASEAN’s recognition  that innovative capacity is a source of lasting competitive advantage, and governments have a role to play in creating  an enabling environment for people to innovate, to adopt existing technologies and innovation, and to incentivize technology commercialization and that  innovation is not the exclusive domain of big multinational enterprises and companies but that all elements of the market should be encouraged to partake and create new values.

The pursuit of economic growth   shall not come at the expense of sustainability. In the development of its Community Vision 2025 and in the early stage of its implementation, ASEAN has focused on ensuring the   complementarity between the United Nations 2030 Agenda for Sustainable Development and  ASEAN Community building efforts. The AEC Blueprint 2025 therefore includes an element on sustainable economic development, which focuses on food security and sustainable agriculture, as well as on having a more sustainable energy mix, including through the use of renewable energy.

Last but not least, the new AEC Blueprint has also taken into consideration global megatrends which  are commonly defined as large, transformative global forces that have profound impact on business, economies, industries, societies and individuals. ASEAN recognizes   that as it is integrating more into the global economy, the region will also be significantly impacted by these megatrends in coming decades. It is therefore vital for ASEAN to recognize their importance and implications capitalize on the opportunities presented and prepare to address the associated challenges in progressing its regional integration agenda.

The impact of economic integration must not be viewed only from economic  but more comprehensive  perspectives. We have seen how public disappointment of certain economic outcomes may cause social instability and even political adjustment. To this end, inter-pillar and cross-sectoral platforms must be best used  for discussions and  required action.

It has been estimated that if ASEAN is able to maintain its growth momentum, it will be the world’s fourth largest economy by 2050. The region has so much potential to be a stronger, more influential actor in the global economy. Efforts have been focused not only on deepening existing initiatives but also by expanding the agenda. Already now, as the tide is turning against globalization and free trade, ASEAN is seen as the beacon of open regionalism. The Regional Comprehensive Economic Partnership (RCEP) was first initiated by ASEAN in 2011 aims to achieve a modern, comprehensive, high-quality and mutually beneficial agreement. Successfully concluded the RCEP will be among the world’s largest trading blocs, covering almost half of the world population and more than a third of global trade and output. Beyond the RCEP, ASEAN will further strengthen its global engagement with its FTA partners and beyond. It is currently negotiating  an FTA with Hong Kong. It is also studying possibilities of FTAs with the Eurasian Economic Union and Canada. ASEAN remains a strong supporter of the multilateral trading system, recognizing the importance of a non-discriminatory, rules-based, transparent trading system in providing the much needed business certainty that would facilitate further development of global value chains. ASEAN will continue to embrace globalization, free trade and open regionalism. ASEAN  remains committed to its  regional integration and  for all of these to be sustainable, the Community will continue to  put the people back to the core of the agenda. 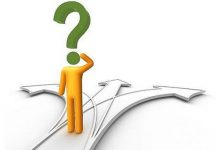